Over a Century of History

Punting has been a much loved feature of Oxford life since Victorian times, popular both with students and with visitors. For centuries, flat-bottomed boats had been used either for carrying cargo or for fishing, but it was not until the 1860s that the first ‘pleasure punts’ appeared.

Its popularity grew quickly, not least because the Cherwell – shallow, slow-moving and largely free of other river traffic – proved an ideal setting. What’s more, punting was considered especially suitable as a gentle entertainment for young ladies: the oldest of the women’s colleges, Lady Margaret Hall, still keeps its own punts on the river.

In 1904 Thomas Tims, the University Waterman, built the Cherwell Boathouse and a substantial residential house just behind it where he planned to live with his family. He already had his boat building yard at Long Bridges on the Isis and wanted to set up a punt hire business on the Cherwell in leafy North Oxford. He died in 1908 before the family moved into the house, but the Boathouse continued to be known for many years as Tims’ Boathouse. Finally in 1963, his grandsons Tom Tims Walker and Harry Walker, aged 79 and 73 respectively, decided that the time had come to retire and sell both businesses. The Cherwell Boathouse, on a 21 year lease from St John’s college was sold to Commander Perowne, who continued to run it as a going concern, and in November 1968 he sold it to Anthony Verdin.

Tony Verdin ran the restaurant himself for the first year and a half, but with the expansion of his scientific business a manager was needed. Bob Boswell and Ricci Eliott took over the day to day running of the restaurant, which at this stage was only open in the Summer. In 1973 Dudley and Mirjana Winterbottom took over, keeping it open all year…the Dudley years are still fondly remembered. 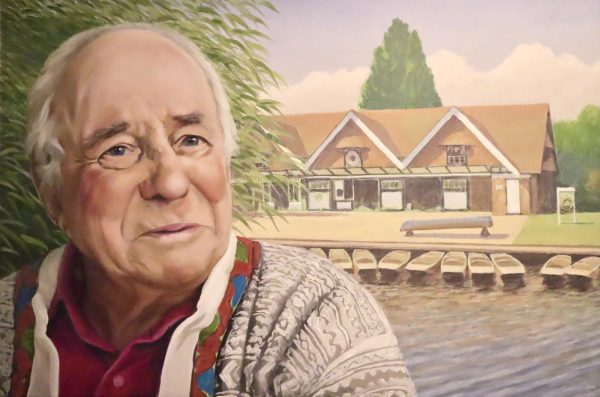